Stages of Alzheimer's Disease and What they Mean 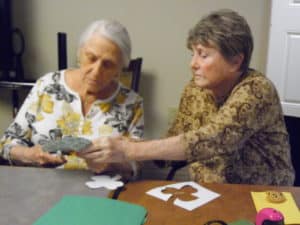 In mild Alzheimer’s disease, the first stage, people often have some memory loss and small changes in their personality. They may forget recent events or the names of familiar people or things. Sometimes they may no longer be able to solve simple math problems. People with mild Alzheimer’s disease also slowly lose the ability to plan and organize. For example, they may have trouble making a grocery list and finding items in the store.

Published by National Institute on Aging.